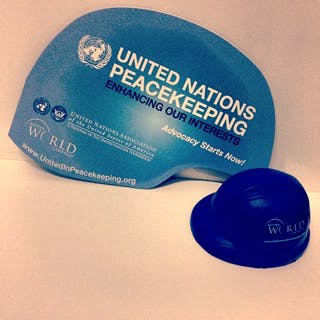 [Check out these updated stats from 2015]

How much do you know about the brave men and women under the blue helmets who risk their lives to restore peace to some of the world’s most dangerous places?

Check out these 10 facts about United Nations Peacekeeping to get to know them better:

1. UN Peacekeeping is made up of 116,919 total field personnel, with 123 countries contributing troops, police, and civilian personnel.

2. There are currently 16 UN peacekeeping operations deployed on 4 continents.

3. UN Peacekeeping is the second largest deployment in the world yet accounts for less than 0.5% of the world’s military expenditures.

5. The largest mission is in Darfur, which has 26,612 personnel in partnership with the African Union.

6. UN peacekeepers help over 150 million people across the world.

7. The UN is currently sheltering more than 80,000 civilians at peacekeeping bases in South Sudan, as violence continues to cripple the nation and take innocent lives.

8. In July of 2013, 18 months after Mali was overrun by extremists, UN peacekeepers supported free and fair democratic in Mali by securing 21,000 polling stations.

9. May 29th is the annual International Day of United Nations Peacekeepers!

10. UN Peacekeeping is supported by 193 member states, who contribute personnel, equipment, and funds.

Despite all the good peacekeepers are doing around the world, Congress recently slashed U.S. funding for UN peacekeeping.