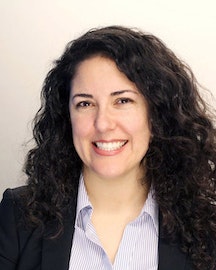 Julie Cerquiera is the Executive Director of the U.S. Climate Alliance, where she is helping to advance the climate and clean energy policy priorities of the Alliance’s Governors and their offices. Julie most recently served as a Senior Advisor to the Special Envoy for Climate Change, later joining the Office of Global Change, both with the U.S. Department of State. In this role, she led U.S. engagement in strategic partnerships, such as the Climate and Clean Air Coalition, helped launch high profile climate deliverables for North America and the U.S. Chairmanship of the Arctic Council, and led the Department’s engagement with sub-national governments on climate change, amongst other priorities. Prior to her work in the federal government, Julie worked with developing countries on designing and implementing sectoral climate policies at a climate think tank, and spent four years in Southeast Asia working with local communities, governments and the private sector on environmental projects and promoting policy reforms.