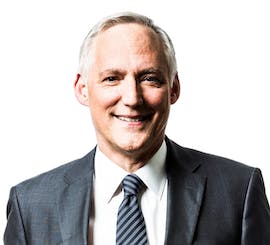 John Frank is Vice President for UN Affairs at Microsoft. In this role, John and his team are focused on advancing multistakeholder solutions towards a more accessible and equitable digital environment and a healthier planet, and opportunities for computer and data sciences to help the UN and its agencies to achieve more.  The team works from New York, Geneva, and Seattle. Previously, John led Microsoft’s European government affairs teams in Brussels and European national capitals on EU issues, especially legal frameworks for cloud computing in areas such as cybersecurity, AI ethics, lawful access and privacy. From 2002 to 2015 he served as Deputy General Counsel and Chief of Staff for Microsoft President Brad Smith, based at Microsoft’s corporate headquarters in Redmond, Washington. In this role, he led the digital trust and security group, including the law enforcement and national security team, the digital crimes unit, the industry affairs group and the competition law, privacy and government contract compliance teams.  From 1996 to 2002, John led Microsoft’s legal and corporate affairs group for Europe, the Middle East and Africa, based in Paris. Prior to joining Microsoft, John practiced law in San Francisco with Skadden, Arps, Slate, Meagher &amp; Flom. John received his AB degree from the Princeton University School of Public and International Affairs and his JD from Columbia Law School.