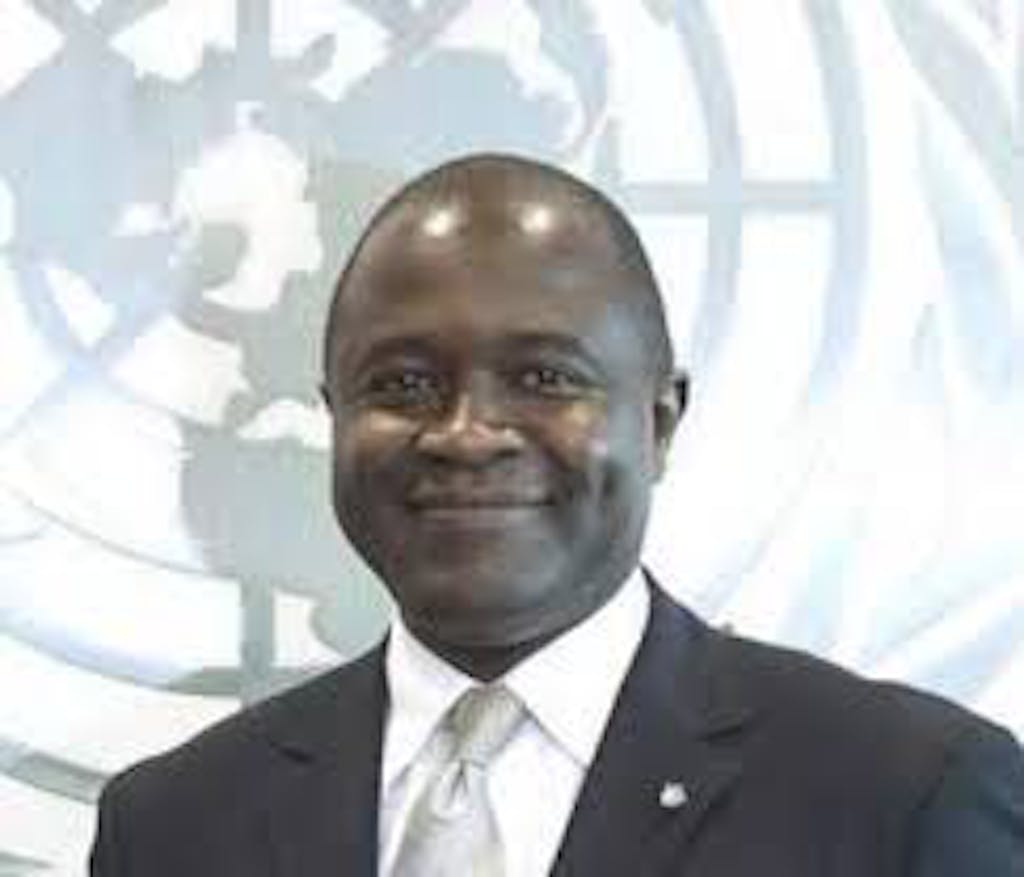 Ambassador Vandi Minah is a Special Advisor to the UN Foundation on political and diplomatic strategy for pandemic preparedness and response.

A seasoned diplomat from his home country of Sierra Leone, Vandi has an advanced degree in law from Kings College, London University, backed by extensive work experience in the UN System. He is a Barrister at Law in the United Kingdom and in Sierra Leone, and an Attorney at Law in New York.

Vandi held various positions at the United Nations as a staff member and as a diplomat including three years as Ambassador and Permanent Representative during the height of the Ebola epidemic (2013-2016). He also served at UNHQ New York and at various United Nations’ Missions as Legal Officer and Adviser in East Timor, Bosnia and Herzegovina and Sierra Leone. In his home country of Sierra Leone, Vandi served as Deputy Minister of Foreign Affairs from 2008 – 2010, and as Minister of Transport and Aviation from 2010 -2012 at cabinet rank.