On March 13, 2018, the Intergovernmental Panel on Climate Change (IPCC) celebrated its 30th anniversary. Established by the World Meteorological Society and the United Nations Environment Programme in 1988, the IPCC’s mandate is “to provide the world with a clear scientific view on the current state of knowledge in climate change and its potential environmental and socio-economic impacts.”

The unique power of this UN climate body lies in the breadth and depth of its climate assessment reports: Thousands of experts from around the world synthesize the latest scientific findings on the impacts of and the potential responses to climate change with the IPCC’s comprehensive Assessment Reports released every five to seven years. There is nothing else like it.

But just how much work goes into these reports?

Let’s take the most recent report, the Fifth Assessment Report, or AR5 for short. Experts from more than 80 countries contributed to this assessment, which was released in three parts over 2013 and 2014. More than 830 lead authors and review editors synthesized the work of 1,000 contributors for the report, with about 2,000 expert reviewers weighing in with more than 140,000 review comments. The final product is truly a collaborative labor of love – all 4,000 pages of it.

Since its establishment 30 years ago, the IPCC has released five of these global reports, which inform international policy and climate negotiations around the world.

These Assessment Reports have had quiet but powerful ripple effects – by emphasizing the importance of international cooperation to tackle the climate challenge, the IPCC’s First Assessment Report in 1990 played a major role in the creation of another UN climate body, the UN Framework Convention on Climate Change (UNFCCC), in 1992, and the Conference of the Parties (COP), first held in Berlin in 1995.

Twenty years later, the UNFCCC, leveraging the COP process, would eventually adopt a historic climate agreement, the Paris Agreement on climate change, which now commits the world to keep total global warming to well below 2° Celsius.

In 2007, the Nobel Peace Prize was awarded jointly to the IPCC and to former U.S. Vice President Al Gore for “their efforts to build up and disseminate greater knowledge about man-made climate change, and to lay the foundations for the measures that are needed to counteract such change.” The prize was awarded following the panel’s Fourth Assessment Report release in 2007, which emphasized that “the warming of the climate system is unequivocal” and informed the Paris Agreement’s goal of well below 2°C of global temperature rise.

What are the latest findings from the IPCC?

Since its 30th anniversary, the IPCC has released four more reports.

Looking ahead, the Intergovernmental Panel on Climate Change will release three reports in 2021, and one report in 2022. 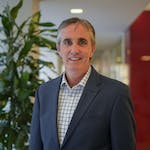