On April 19, 1966, Roberta Gibb finished the Boston Marathon ahead of nearly two-thirds of the male runners coursing through the city that day. She had requested an entry form from race officials two months earlier. They denied her request, adding, “Women are physiologically incapable of running 26.2 miles.”

So Bobbi Gibb hid in a disguise at the starting line to avoid arrest and inched into the race, where she found that the men in her midst welcomed her, saying she had “as much right to run on a public road as they did.”

Reflecting on her achievement, Ms. Gibb said, “It dawned on me that if I could run Boston, I could erase other false beliefs about women’s limitations.”

Kathrine Switzer, who ran the same marathon unsanctioned the next year, was also welcomed by the men who ran alongside her but then was infamously threatened and harassed by race director Jock Semple. A photojournalist from the Boston Herald captured the dramatic scene of him tearing at her race bib — number 261.

This is how it goes with women and sports. One long jump forward and then one missed basket. One swift and winning goal and then one tumble off the balance beam. Those who hold power in sports seem to be rowing in the right direction, but at a pace that is too slow to get us a win. Meanwhile, scores of girls and women are denied the chance to compete, and to land the big benefits for all that come with their full inclusion in sports.

The Tour de France, for example, recently traded in podium girls for podium people, and women will finally get their own Tour de France Femmes next summer. But their race will last only one week instead of three, and women in professional cycling still suffer from large gaps in investment, prize money, and attention.

In April during the NCAA basketball tournament, Sedona Prince, a forward at Oregon, posted a video showing a pitiful women’s weight room with a small stack of yoga mats and few free weights, and then contrasted it with the expansive area and well-stocked weight room provided for the men. (The women also got cheaper food and less reliable COVID-19 tests.)

Decades after Billie Jean King, a pioneer for equality and social justice, began campaigning relentlessly for equal prize money for female tennis players, pay inequity abounds. For example, the highest base salary in U.S. women’s professional basketball — the WNBA — is $117,500. In the men’s game, the NBA, the highest salary exceeds $40 million The U.S. women’s soccer team earned $4 million from FIFA for winning the Women’s World Cup in 2019; the French men’s team earned $38 million for winning the World Cup in 2018. In golf, the highest-earning player in the PGA earned $9.51 million, while Ko Jin-young, the top earner on the LPGA tour, earned $2.28 million. This persistent gap can be found in amateur and pro sports, across disciplines and countries.

But it’s not just headline-making athletes who compete on an uneven playing field. Importantly, inequity affects communities and undermines the youngest competitors. Women are still banned from some sporting facilities around the world. Men-only golf clubs still exist in the U.S. As of 2020, only 4% of total sports media coverage is devoted to women. Statista finds that only 0.4% of all corporate sponsorships benefit women. Women are also underrepresented in exercise science research, resulting in massive knowledge gaps about female physiology, recovery, and performance. Nutrition and exercise programs, therefore, are essentially designed for men. Notably, the sexual abuse of girls and women in sports is a crisis that merits its own full examination and response.

Black women have faced double discrimination in sports, with the hurdles of segregation and bigotry undermining their ambitions from the track to the ice rink and beyond. Although Louise Stokes and Tidye Pickett qualified for the 1932 Olympics in track and field, they were not allowed to compete because of their race. While we cheer the heroics of a long lineage of glory — from Althea Gibson to Wilma Rudolph to Sheryl Swoopes to Simone Biles and the incomparable Venus and Serena Williams — current headlines about Sha’Carri Richardson, Brianna McNeal, and Naomi Osaka clarify the depth of racial antipathy that Black women endure.

Gender Equality in Sports is Not An Apocalypse

Fear and pseudoscience have kept women off the field all over the world. Futbolera: A History of Women and Sports in Latin America, by Brenda Elsey and Joshua Nadel, chronicles the alarm expressed by 1920’s articles and editorials in Argentina and Chile about women playing soccer. The authors explore the view that gender equality in sports is “a sign of the apocalypse” and how women’s role in sports remains a source of anger and fear. Brazil, for example, banned women’s soccer from 1941 to 1979 because of fears it would have a negative impact on women’s fertility.

While we are on the topic of misplaced fear, 35 bills introduced this year by U.S. state legislators would limit or prohibit transgender women from competing in women’s athletics, up from only two bills in 2019.

To be equal everywhere requires that girls and women get to compete in a fair fight — in the boardroom, on the field of play, and at the polls. In all cases, the benefits for all are substantial and solidly documented.

Indeed, the full participation of girls and women in sports offers a range of well-documented benefits for not just the competitors but for communities, too. The Tucker Center for Research on Girls and Women in Sport at the University of Minnesota has found that participation in structured physical activity leads to the development of key social assets, including the ability to work on teams, manage conflict, and develop close friendships. The Center has also found that greater involvement in sports by adolescent girls reduces social problems, including aggression, antisocial behavior, and impulsivity. Of course, girls and women who play sports also benefit from better health. Girls who are physically fit in childhood and adolescence have a reduced risk of developing osteoporosis and breast cancer later in life.

Other research has shown that girl athletes have higher GPAs and more confidence and that they are 14% more likely to believe they are smart enough to achieve their dream career — which probably explains data that 9 in 10 female business executives played sports.

When girls and women play, society benefits, too. UN research finds that the participation of women and girls in sport challenges gender stereotypes about physical abilities and women’s role in local communities and society at large. Sport programs help to reduce discrimination and broaden the otherwise limited role imposed on women. An increase of women in leadership positions in sport can also have a significant influence on social attitudes toward women’s capabilities as leaders and decision-makers.

To yield all this social good, leadership by and for girls and women, on and off the field, matters. Consider that in 1972, the year Title IX legislation was enacted in the U.S., fewer than 300,000 girls played high school sports, according to the National Federation of State High School Associations. Within two years, that number was 1.3 million. Today, it is 3.4 million.

Investment is also crucial. Equality’s opponents lamely argue that no one is willing to pay female athletes or televise their matches because no one will watch, despite lots of contrary evidence. (A combined 1.12 billion viewers tuned into official broadcast coverage of the FIFA Women’s World Cup 2019, for example.) But still, there is a chicken-and-egg problem to overcome. This past March, soccer player Margaret Purce spoke alongside her U.S. women’s national teammate Megan Rapinoe at the White House on this topic. “You would never expect a flower to bloom without water,” Ms. Purce said, “but women in sport who have been denied water, sunlight, and soil are somehow expected to blossom. Invest in women — then let’s talk again when you see the return.”

The marathon was one of the original events of the modern Olympics, the founder of which,

Baron Pierre de Coubertin, said in 1896, “No matter how toughened a sportswoman may be, her organism is not cut out to sustain certain shocks.” One wishes Baron Coubertin had lived to see Florence Griffith Joyner, Anna van der Breggen, Yusra Mardini, and Megan Rapinoe. Or Ramla Ali, Tegla Loroupe, Nawal El Moutawakel, Diede de Groot, and Kirsty Leigh Coventry Seward — toughened women all who have made this now biannual global parade of athletic excellence more captivating and more meaningful; feistier and fairer, too.

But Baron Coubertin is no longer in charge. And within days, about 100 years after women were first allowed to compete, the world will get to see 16 days of competition where nearly half the athletes will be women, more than at any time in history, and with events where men and women will compete together.

Old habits can be broken. There is a tradition in professional baseball, cricket, ice hockey, basketball, and American football to retire the numbers of beloved star players and hang their jerseys in the rafters of the home stadium. We should also retire the boring old stereotypes and discriminatory habits that keep women off the pitch, off the TV screens, and off the payroll, too.

Or, as Billie Jean King says, “Champions keep playing until they get it right.” The sports world should keep trying to get it right. 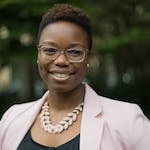