A new report by the World Health Organization (WHO), released during the 2018 climate negotiations in Katowice, Poland, reveals that climate change is not just a serious problem for ecosystems across the globe: Delaying climate action has serious consequences for human lives and health.

The report, which was written by over 80 health professionals, academic experts, and representatives of civil society and international agencies, details how the biggest drivers of climate change are also a leading cause of disease – emissions from fossil fuels are also a form of indoor and outdoor air pollution. And the impacts of climate change, such as more frequent extreme heat, drought, and flooding, threaten our health and safety.

The newest and most significant findings, however, focus on the health gains of climate action. Solutions for climate change drive progress for health through gains in air quality, clean water, food security, reduced risks of extreme weather, and much more.

Here are four key findings from the report you should know:

The primary drivers of climate change are also responsible for a large burden of disease, including 7 million annual deaths due to outdoor and indoor air pollution. Emissions that pollute the air and emissions that cause climate change are often one in the same; and they are emitted by the same human activities: energy consumption, transportation, agriculture, and more.

2. The Paris Agreement is a Health Agreement

The Paris Climate Agreement, signed by 195 countries in 2015, is not just a global climate agreement. As WHO Director-General Dr. Tedros Adhanom Ghebreyesus stated, “The Paris Agreement is potentially the strongest health agreement of this century.” It addresses not only the health risks associated with climate change, but also promotes climate action through adaptation and mitigation.

By acting on the Paris Agreement, countries are committing to stringent climate policies that will reduce air pollution and improve public health services, such as water and sanitation. Meeting the commitments of the Paris Agreement would result in over 1 million lives saved from air pollution alone by 2050. Additionally, mitigation efforts such as protecting forests yields a wealth of benefits. The Food and Agriculture Organization of the United Nations (FAO) estimates that one-third of the world’s largest cities draw a substantial proportion of their drinking water from forest protected areas, which also serve as key sinks for carbon in the atmosphere.

The Sustainable Development Goal (SDG) indicators for climate change, which help measure progress toward meeting the goal, do not currently include health-specific metrics. While the gap is filled by academic research, such as The Lancet Countdown on Health and Climate Change, adopting a formal reporting requirement would encourage decision makers to seriously consider and weigh the health impacts – and benefits – when choosing mitigation and adaptation strategies for climate change.

Encouragingly, leaders from both sectors are recognizing the interlinkages among health and climate through new forms of collaboration, such as the new Collaboration Framework on Climate, Environment and Health from the World Meteorological Organization (WMO) and WHO, and WHO’s first Global Conference on Air Pollution and Health, which was held last October.

The most recent evidence indicates that the benefits to health from meeting the Paris Agreement would more than cover the financial cost of mitigation. India, for example, could gain upwards of $8.4 trillion in health gains from pursuing the 1.5  target, and estimates show that China could gain up to $2 trillion.

Since the health benefits of climate action are so clear, the report asserts that more aggressive climate action should be taken across an array of sectors. For example, simply investing in more sustainable agriculture practices pays off by reducing harmful emissions, improving air quality and enhancing biodiversity, soil quality, and water quality. Additionally, cities structured with active transport in mind – walking and biking – have cleaner air and encourage healthy exercise (not to mention, less traffic).

These are just a few of the key climate and health findings from WHO’s report. As we redouble efforts in 2019, we have all the more reason to act across sectors for both people and the planet. Health professionals, in particular, have an important role to play in communicating about climate change and informing decision makers.

And ultimately, for all of us, the Paris Climate Agreement must be our shared roadmap for creating to a healthier, more sustainable society. 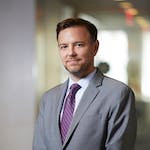 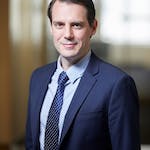 Ecosystems and Climate Change: 3 Key Findings You Should Know