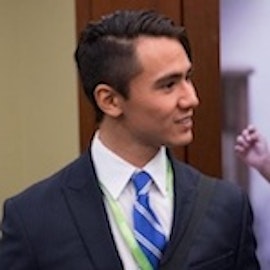 Wes Rogerson is a Senior Associate for the United Nations Association of the United States of America (UNA-USA), a program of the United Nations Foundation. UNA-USA is a membership organization dedicated to inform, inspire, and mobilize the American people to support the ideals and vital work of the United Nations. Wes works alongside UNA’s network of 180 chapters and 20,000 members, training them to become an organized voice for the UN. Empowering communities through new programmatic opportunities, such as the Adopt-a-Future Campaign, Wes develops new and existing chapters, helping them to highlight global issues and to address them with tangible solutions. Wes also cultivates new leaders, honing their skills so they can vocalize their passion for international issues and inspire all Americans to engage their elected officials to ensure a strong U.S.-UN relationship. Prior to joining the Foundation, Wes worked to highlight domestic and international issues both on the ground with Organizing for America and through the airwaves on Miami’s WVUM 90.5 FM. Wes graduated with a Bachelor of Arts from the University of Miami, where he studied Political Science and International Relations, earning a distinction from the Miami-Florida European Union Center for his emphasis on EU studies.