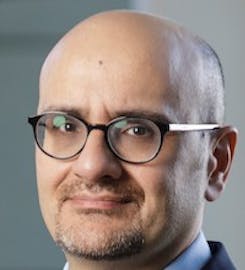 Wasim Mir has joined the UN Foundation as a Senior Fellow for UN Reform. Prior to joining the UN Foundation, he worked as a British diplomat for almost 20 years. This included the roles of UK Deputy Ambassador in Brazil and Counsellor for Budget and Reform at the UK Mission to the United Nations. He also spent a year working as a Senior Advisor for Global Health to the 65th President of the UN General Assembly. Wasim has a BSc in International Trade and Development from the London School of Economics, a LLM in Law and Economics from the University of Manchester and an MBA from the University of Leuven. Wasim lives in New York City with his wife, daughter, son, and two cats.