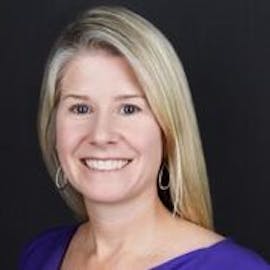 Susan Myers is the UN Foundation's Senior Vice President. She has led the New York office of the Foundation since 2000. As a member of the Foundation's leadership team, she provides overall guidance and participates in the development of long-term strategy for the organization. Previously, she served as Legislative Director of the Better World Campaign, a bi-partisan, non-profit national education and outreach effort dedicated to enhancing the awareness of and appreciation for the vital role the United Nations plays around the world. In this position, she led successful campaigns for the payment of over $1 billion in U.S. arrears to the UN and for the re-entry of the U.S. to UNESCO (the UN Educational, Scientific and Cultural Organization) after an 18-year absence from the organization. Susan holds a B.A. from Duke University and an M.A. from the Elliott School of International Affairs at George Washington University. Previous experience includes working in the Governmental Relations and Public Affairs Office of the Legal Services Corporation and Governmental Affairs Office of the American Bar Association. She has also served on the boards of the U.S. Global Leadership Coalition and Citizens for Global Solutions.

We Cannot Ignore the Horror of Aleppo

The Next UN Secretary-General: Selecting the World’s Top Diplomat