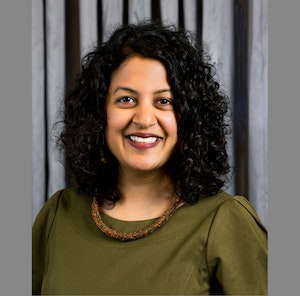 Seema Jalan is the Executive Director of the Universal Access Project and Policy at the United Nations Foundation, a multi-stakeholder initiative of foundations and NGOs strengthening U.S. leadership on sexual and reproductive health and rights globally. The initiative has helped protect international family planning and reproductive health programs in the world’s poorest countries including supporting 27 million women and couples with life-saving contraceptive services and supplies. Seema has more than 15 years of experience promoting gender equality and girls’ and women’s health and human rights globally. Prior to the United Nations Foundation, Seema led Women Thrive Worldwide’s global policy work on aid reform, ensuring U.S. assistance reaches both women and men in developing countries, violence against women, and economic opportunity for women living in poverty. Her work with the U.S. government contributed to the adoption of the first-ever U.S. government strategy to address violence against girls and women globally, announced by President Obama in 2012; and USAID’s policy on gender equality and female empowerment. Seema has worked with the International Institute of Rural Reconstruction in Ethiopia, Women for Afghan Women and the United Nations. She supported U.S. Representative Carolyn Maloney’s efforts to address the wage gap and gender inequity in the workplace. As an expert on women’s reproductive health and rights, Seema is frequently quoted in top-tier media outlets including Slate, Foreign Policy, CNN, NBC, and Vice. She also routinely provides commentary on these topics in her Mediumseries and as a contributor to The Huffington Post, CNN, and The Hill. In 2007, she was honored as a Rising Star of politics by Campaigns and Elections magazine. Seema received her Master’s Degree in Economic and Political Development from Columbia University and a B.A. in Mathematics from New York University.

The Global Gag Rule: One Year Later, Still a Long Road Ahead

An Issue that Must Be on the UN General Assembly Agenda