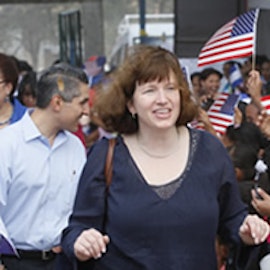 Peg Willingham joined the United Nations Foundation in January 2011 to lead Shot@Life, a new campaign to raise awareness and resources in the U.S. to support the work of the UN and other prominent partners to immunize children in developing countries against vaccine preventable diseases. From 2007 to 2011, Peg was the Senior Director of External Affairs at the Aeras Global TB Vaccine Foundation, overseeing advocacy, communications, and resource mobilization efforts.null; From 2003 to 2007 she was a senior director at the International AIDS Vaccine Initiative, responsible for advocacy to the U.S. government regarding the need to accelerate a preventive vaccine against HIV/AIDS, particularly in the developing world.null; Previously, she was the Assistant Vice President for Latin America and Canada for the Pharmaceutical Research and Manufacturers of America (PhRMA), responsible for advocacy to U.S. and foreign governments regarding intellectual property and other trade issues.null; From 1987-2000, Peg was a Foreign Service Officer, serving in Latin America and the Middle East.null; During her State Department career, she received five Superior Honor Awards.null; Peg received a BA from the University of Virginia and an MA from the University of Michigan.