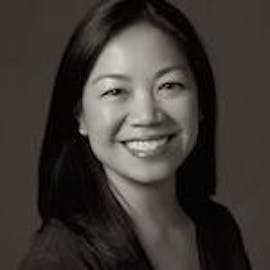 Minh-Thu Pham is currently Senior Policy Director at the United Nations Foundation, where she leads strategic initiatives to strengthen the UN's ability to solve global problems, including UNF's effort to support the formulation of the next set of global development goals or the "post-2015 development agenda". She also teaches international policymaking at Princeton University. She has served in the Executive Office of the Secretary-General for both Kofi Annan and Ban Ki-moon as policy adviser for strategic planning, leading and managing policy initiatives to strengthen the UN and improve relations between the U.S. and the UN during a particularly difficult phase of that relationship. Minh-Thu has advised the UN special envoy for malaria and the top international official in Bosnia. She has worked all over the globe and was once a crew photographer for the award winning BBC series ‘Planet Earth’ and helped film a documentary for National Geographic TV. She regularly speaks on UN peace and development issues, the importance of international cooperation, and America’s role in the world, the Millennium Development Goals and the post-2015 development agenda. Minh-Thu serves on the Board of Directors of the Coalition for Asian-American Children and Families, which seeks to improve the well-being of families in New York City; is a security fellow of the Truman National Security Project, a progressive national security leadership institute; and was a Term Member of the Council on Foreign Relations. She holds an MPA from the Woodrow Wilson School at Princeton University and a BA in History from Duke University where she was a Benjamin N. Duke Leadership Scholar. Minh-Thu was born in Vietnam and currently lives in New York City.

A Critical Moment on Financing for Sustainable Development