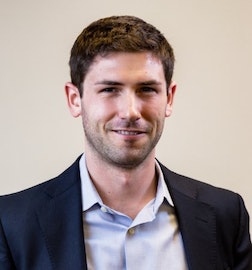 Josh Slusher leads the strategy and operations of the UN Foundation’s Global Entrepreneurs Council, a high-level advocacy and advisory council comprised of entrepreneurs from around the world assembled to help the UN and the UN Foundation reach wider audiences and enhance public-private partnerships. Prior to joining the UN Foundation, Josh worked at the global communications firm, Burson-Marsteller, working with the Worldwide Chair and CEO as well as the company’s grassroots subsidiary, Direct Impact. In 2015, Josh served as head of the U.S. delegation to the G20’s Youth Summit held by the Turkish Presidency focusing on the challenges facing youth in entrepreneurship, education, and peace and security. Josh has a M.Sc. in International Relations from the University of Edinburgh and a B.A. in Political Science from Butler University during which time he spent a semester of study at the Audencia École de Management in Nantes, France. He lives in Washington, D.C., and enjoys exercising, reading, traveling, and playing with his dogs.