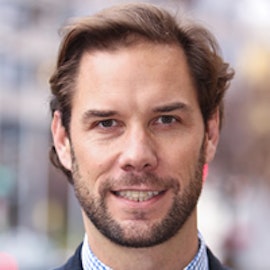 John W. McArthur is a Senior Fellow with the UN Foundation. An economist, his work focuses on interrelated issues of poverty reduction, sustainability, economic growth, health, agriculture, technological advance, development finance, and global collaboration. He is also a Senior Fellow with the Brookings Institution's Global Economy and Development Program and a Senior Fellow with the Fung Global Institute. He was previously the CEO of Millennium Promise, the international non-governmental organization; a faculty member at Columbia’s School of International and Public Affairs; and Policy Director at the Earth Institute. From 2002 to 2006 John served as Manager and then Deputy Director of the UN Millennium Project, Secretary-General Kofi Annan’s independent advisory body mandated to recommend an action plan for achieving the Millennium Development Goals. Prior to that he was a Research Fellow at the Center for International Development at Harvard University, where he supported the World Health Organization’s Commission on Macroeconomics and Health and co-authored the Global Competitiveness Report. John co-chaired the International Commission on Education for Sustainable Development Practice and co-founded the global network of Masters in Development Practice degree programs. He has chaired two Global Agenda Councils for the World Economic Forum and has been recognized as a Young Global Leader. He completed a DPhil (PhD) and MPhil in Economics at Oxford University, which he attended as a Rhodes Scholar; an MPP at Harvard’s Kennedy School of Government; and a Bachelor of Arts (Honours) at the University of British Columbia. He grew up in Vancouver and is a Canadian citizen.