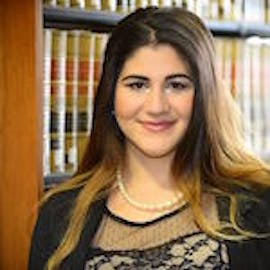 Donya Nasser is the 2015-2016 U.S. Youth Observer to the UN. She recently graduated Summa Cum Laude from St. John’s University, where she studied Political Science and Women’s and Gender Studies as a McNair Scholar. She is passionate about advocating for gender equality and reproductive justice on both a domestic and international level; empowering women, youth, and minorities to become civically engaged and run for office; and contributing to Middle East policy and combating stigmas and stereotypes. Throughout her term as the U.S. Youth Observer to the UN, she will explore the U.S. relationship with the United Nations, connect young Americans to the UN, and work to inspire them to play an active role in the UN’s work to build a better world. She has interned for the White House Office of Legislative Affairs, the Wilson Center’s Middle East Program, and the Brennan Center for Justice. Donya is currently a member of the YTH Student Advisory Board and the Advocates for Youth Young Women of Color Leadership Council, as well as the youngest Board Director of the Planned Parenthood Federation of America and the Planned Parenthood Action Fund Board. She has previously served as the President of the College Democrats of America, AAUW Youth Representative to the United Nations, and Executive Director of the St. John’s University Roosevelt Institute. A Truman Scholar, she intends to pursue a joint degree and prepare herself for a career in public service so to be in a position to better serve women and underrepresented communities across the country and the world. She has supported these marginalized groups through her academic successes, leadership advancements, and social media opportunities. Donya believes in the power of galvanizing younger generations, who embody the potential of our future to secure equality and justice for all. She was a 2014 Glamour Magazine Top 10 College Woman, a recipient of the WIN Young Women of Achievement Award in Service/Nonprofit Advocacy, and an awardee of the Harriet Beecher Stowe Center’s Student Prize. She has been featured on ABC, Al Jazeera, HuffPost Live, and MSNBC.