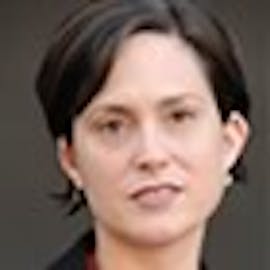 Dr. Daniela Ligiero is Vice President of Girls and Women Strategy at the United Nations Foundation (UNF), where she serves as a thought leader, strategist, and champion for the Foundation’s portfolio of work on girls and women, working closely with the United Nations and teams across the Foundation to ensure work is strategic and impactful. Dr. Ligiero joined UNF in January of 2015, after spending close to five years as the Senior Gender Advisor at the U.S. Department of State, in the Office of the US Global AIDS Coordinator, where she led all gender-related work for the President’s Emergency Plan for AIDS Relief (PEPFAR) and provided strategic, technical and programmatic leadership for the State Department and the seven U.S. Government agencies that implement PEPFAR. Her role included work on gender-based violence, family planning and reproductive health integration, and adolescent girls. She also worked on the State Department’s post-2015 working group on the gender equality goal. Previously, Dr. Ligiero served as the Deputy Representative for the United Nations Children’s Fund (UNICEF) in Brazil, one of UNICEF’s largest field offices. Before becoming the Deputy Representative, Dr. Ligiero was the Chief of HIV in Brazil, where she designed and implemented the first-ever HIV prevention and response program for UNICEF in Brazil focused on prevention, treatment and care for children and adolescents. Dr. Ligiero has also held positions in the U.S. Senate and World Bank, with significant experience working in Latin America, the Caribbean and Sub-Saharan Africa. She holds a Ph.D. in Counseling and Community Psychology, and has worked as a counselor for survivors of sexual and intimate partner violence. She is fluent in Spanish, Portuguese, and French.

Why the Women Deliver Conference Matters